Frozen 2 Movie Review: Hello, welcome to my review of frozen Hollywood film.  frozen II film that families will go and see including old people like adults and teenagers older than the age of 13. Some people who happen to not be children also like animation.

Everyone’s doing it frozen to was to follow up to the surprisingly successful first film. This movie finds Anna Elsa Kristoff Olaf and Sven as they travel to an ancient and enchanted land. They set out to find the origin of Elsa’s powers in order to save their kingdom and try to lift a spell that has entrapped too many people. 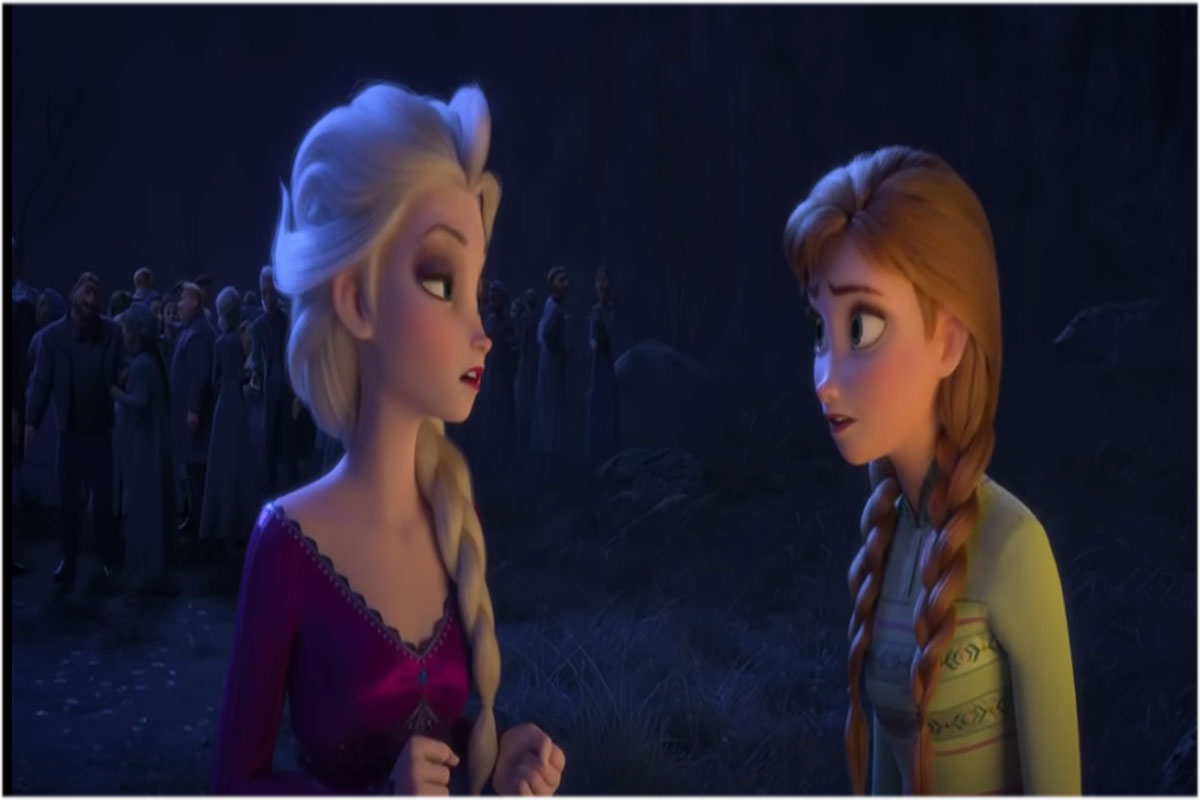 Inside an enchanted forest, people have to remember that when frozen came out nobody was anticipating the level of success. It had so seen the movie for the first time. I thought hey this is actually not too bad. I still think the first frozen is actually okay it’s a pretty good animated movie.

Although over time the songs were so overplayed on the radio that they made my ears bleed and hearing about the movie constantly has made me never want to watch it again that short that played before Kok Olaf’s Giant Funtime.

I thought was unnecessarily long and so my anticipation for frozen 2 was very minimal. I have to say that the film at times exceeded my expectations there were moments. Where I thought the movie was actually quite breathtaking predictably gorgeous and the voice work is top-notch.

They’re moments where this feels like a classic Disney animated film however there are choices made in the story that really ruined this film0 for me. I have a feeling that it could potentially ruin it for a lot of actual frozen fans like people who are really rabid to see this movie because there are character choices made towards the end which I won’t ruin for you that.

I thought betrayed the characters visually this movie is better than the first story-wise it’s considerably worse Christoph’s character is trying to propose to Anna for the entire movie. So you get a lot of those really tired and cliche scenes where he’s trying to propose she’s not paying attention.

He can’t get the words out and you know that’s going to happen for the entire film and that’s all they do with his character. He also has what I think is the worst song in the movie. It might be okay on a soundtrack just listening to it but when you see him performing.

It is the film combined with the fact that his story was really uninteresting. I felt nothing but there are many songs in this movie that are excellent Idina Menzel has a great voice. Obviously she’s a beautiful singer and some of them are very well-written and catchy.

I’ve only heard a few of them one time. I had them in my head for the entire week since seeing this movie which is yeah that’s going to happen to prepare yourself for that. I also don’t like the Olaf character. We find him very annoying he grates on my nerves, and he gets a lot of screens time in this movie.

So, if you like Olaf good for you that’s great you’re going to have a great time with. The Annoying Snowman for me I just could not stand him in the film but besides the great visuals. What does hold the movie up for a lot of the runtime is a relationship between Elsa and Anna.

It’s a very charming sisterly bond that they have and it’s explored really well. Here’s the big issue and this is what’s0 really eating me up inside. I saw this movie a few days ago and I didn’t review it even though I could have I saw it last week it’s the same problem. I had with Terminator dark fate there is a massive spoiler that I really really want to talk about because I absolutely hate it.

For most of you, you haven’t seen the movie yet. I don’t want to be the article that people who want to spoil the movie for others use as a reference. So I’m gonna wait till it comes out but there’s a decision made towards the end of this movie that.

I just can’t get behind. It’s so incredibly scatterbrained and it’s so unwarranted and unearned. It actually blew me away I have been dying to talk spoilers with somebody who’s seen this movie for like a week.

Unfortunately, I can’t find anybody who has because there’s a part of this Movie. It’s just so poorly thought out two characters are separated one of makes a choice without talking to anyone else without consulting anyone. It’s the type of choice that has drastic implications for a lot of other people, and they just do it without really thinking.

I thought it was really really weird. We might talk about it in a spoiler article when the movie is actually out. I can’t get into it here but like I said this is a really gorgeous looking movie with some really good songs, a great score, a really good voice, and acting but the story.

I just found really uninteresting. There really isn’t a villain in the movie either and that’s strange especially for a Disney movie. There’s no villain It’s just about this forest. All of these characters were suddenly supposed to care about it. The way the film tries to tell its story through magical ice sculptures really just feels like reaching like they couldn’t figure out another way to tell this story, Still, I am indebted to the frozen franchise for one specific reason.