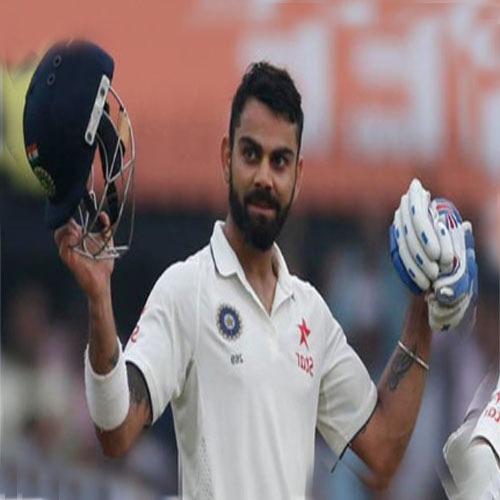 Virat Kohli, who arrived in his 50th Test as captain, has scored a century. The big thing is he managed to score a century after 10 innings. This is the 26th Test century of his career. He had last scored a century during the Perth Test in December 2018.

On the second day of the Pune Test match of the current series against South Africa, he completed his century in 173 balls. In which he scored 16 fours.

Virat Kohli has equaled former Australian batsman Ricky Ponting of most centuries as captain. Now Both have 19-19 centuries in their names as a captain. Former South African captain Graeme Smith is on top with 25 centuries record.

Most centuries as Test captain: